Beatnik Turtle's music is available at CDBaby.com, Spotify, Apple Music, and a gazillion digital retailers including "the iTunes", Amazon, and more. They also have merchandise for sale too. What's a rock band without a t-shirt? 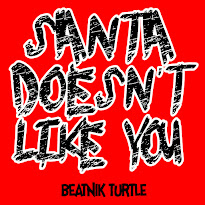